Two intriguing stories came out recently, regarding the monetary value of cultural heritage and the value rare objects have on cultural pride and identity.

The New Yorker’s piece, The Complicated Political Lives of Medieval Manuscripts speaks to the second theft of the Book of Kells in 1874 from Trinity College in Dublin.  Today, the Book of Kells is fortified under a sophisticated security system.  To consult the manuscript, researchers must participate in an elaborate ritual which includes assistance when turning a page.  But the subject of this article is not to underscore security protocol.  It is to illuminate the political nature of the Book of Kells, and why it is essential in modern day culture.  In this case, the manuscript represents Irish identity, and it is intrinsically tied to the country’s complex nationhood.  This item is singular in Celtic history, which overwhelmingly speaks to its rarity.  Which is not the case with other repositories that can boast to the many treasures representing their cultural identity.  Because of this, there are racial implications on how objects of cultural identity are used to promote ethnic pride.  The author questions how the worth of cultural objects is determined, interrogating the relationship between value and power, and freedom of information. 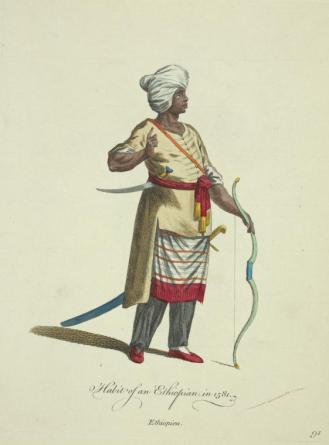 The Ethiopian Herald published an article this November, Ethiopia: The Unfortunate Case of Ethiopia’s Looted Heritages, which denudes a history of theft in the country.  Theft not from lack of proper security measures in the reading room, but more directly related to a historically systemic removal of Ethiopia’s cultural heritage.  The article notes the audacious nature of the theft, based on the patriarchal belief that Ethiopia’s cultural history is better off outside the country. This way of thinking supposes that these objects belong to a larger global culture, and removing them will ensure greater access and protection.    The Herald reports that this type of misappropriation is not just an occurrence of the past, but has intensified in recent years.  Because of the rise in theft, government officials have begun to take action, primarily since it directly impacts tourism.  Antiquities attract visitors, and in turn, they help to boost the economy.  The government has now created a national database to track stolen cultural property.